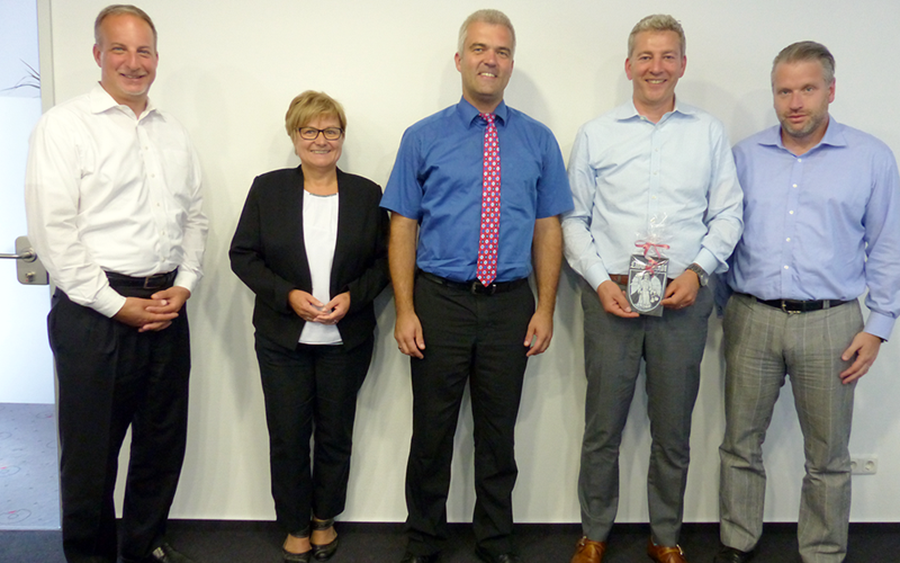 Members of Novanta management have visited the production site in Ludwigsstadt after the takeover in July. Matthijs Glastra (CEO) and Brian Young (CHRO) from Novanta and WOM Managing Director Oliver Kupka met on the occasion of the exchange with the local mayor.

In conversation with Mayor Timo Ehrhardt, Matthijs Glastra gave a clear commitment to the Upper Franconian location. Novanta does not only want to maintain the production location, but also to expand it further and thus create additional jobs.

Mayor Ehrhardt was very pleased with the statement of the new owners and assured the company – as in the past – his full support. He also announced that he would shortly present the results of the new parking concept in order to counteract the tense parking problems. Managing Director Oliver Kupka once again emphasized how important this parking space concept is for expanding the location.

The mayor handed the coat of arms of the city of Ludwigsstadt to Matthijs Glastra as a way of saying thank you.