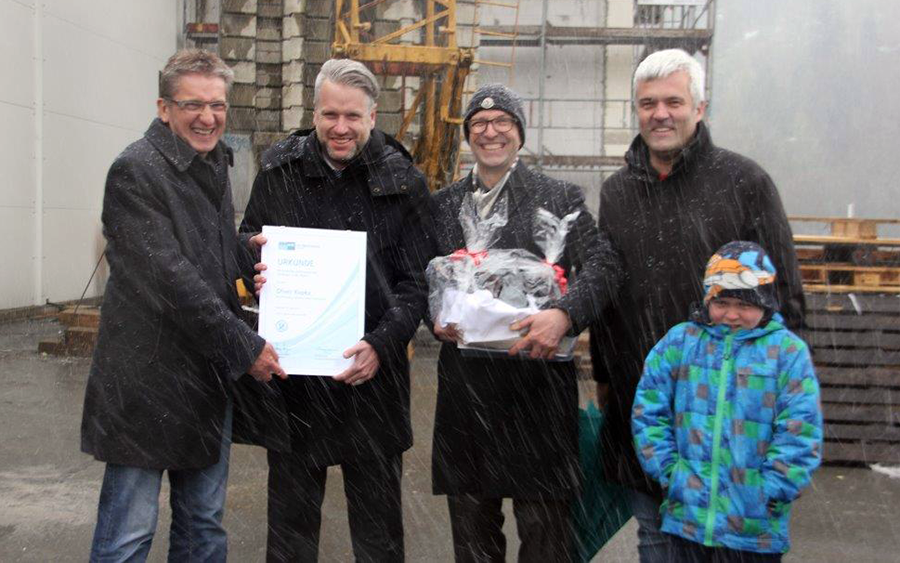 Not even three years have passed since the opening ceremony of the impressive cleanroom facility with an investment of 3.9 million euros. The general building, which was awarded the prestigious “Lean and Green Award” in 2015, has already produced remarkable production figures: 1.5 million tube sets, about 2 million filter housings, and about 3.2 million tube connectors have been made since then and shipped around the world.

Management decided in favor of another investment of around 1.7 million euros to create further room for growth. The approximately 1,000 sqm newly acquired production and storage space is to be ready for production starting August 2017.  “The expansion allows us to create 30 additional jobs for the region of Upper Franconia,” CEO Dr. Clemens Scholz proudly announced, directing his thanks to all those involved in the construction.

Congratulations were extended by Mayor Timo Ehrhardt, who particularly appreciates the clear commitment to the Ludwigsstadt site. Chairman of the Chamber of Commerce Panel Kronach, Hans Rebhan, presented his congratulations to the two managing directors Clemens Scholz and Oliver Kupka coupled with a certificate for “outstanding entrepreneurial achievements in the region.” The company is located in the Rennsteig region for the past 27 years. The development of the number of employees since the beginnings of the company requires no further comment: starting with 15 employees originally, the medical technology company now employs nearly 300 people.