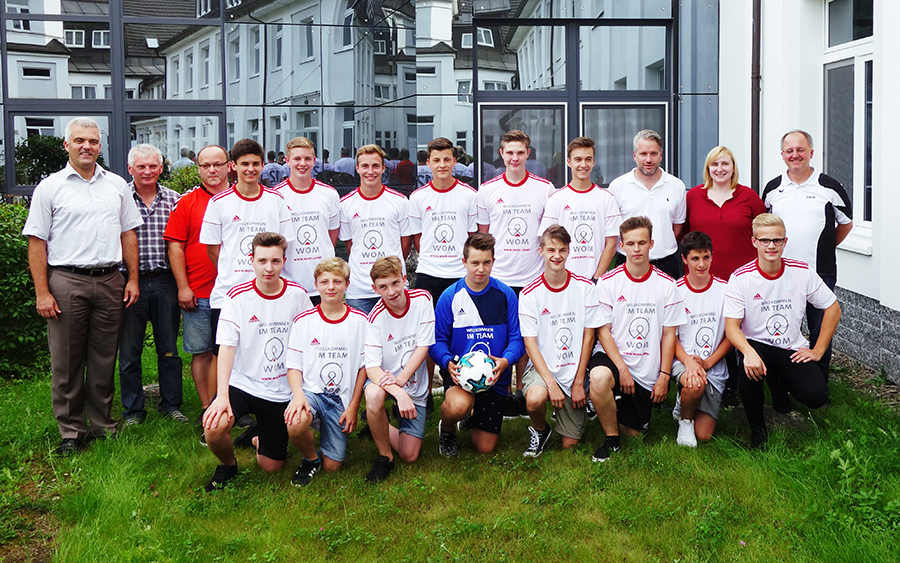 WOM once again awards a soccer ball for “Fair Play” in regional youth sports and equips the winning team with jerseys. The JFG Oberes Rodachtal in the B-Junior League District Coburg/Kronach is this year’s happy recipient of the round trophy awarded to the fairest players on the football field.

The medical technology company WOM is supporting “Fair Play” for the fifth time in a row. The B-Juniors of JFG Oberes Rodachtal have received only six yellow cards in the season – probably a record when it comes to fair play. “I often give this many yellow cards as a referee in a single game,” says the group leader, Corinna Schmittlein, as she praised and thanked the team.

Congratulations go to the team and thanks go to WOM for their commitment from Mayor Timo Ehrhardt as well as the junior supervisor Roland Schmidt.

“Respect, passion, and fairness – values that play a large role at WOM as well – thus pay off in the long run,” states CFO Oliver Kupka during the trophy and jersey handover.

After the trophy was handed over, the winning team had the opportunity to discover the exciting world of medical technology with special devices for the field of minimally invasive medicine during a company tour.