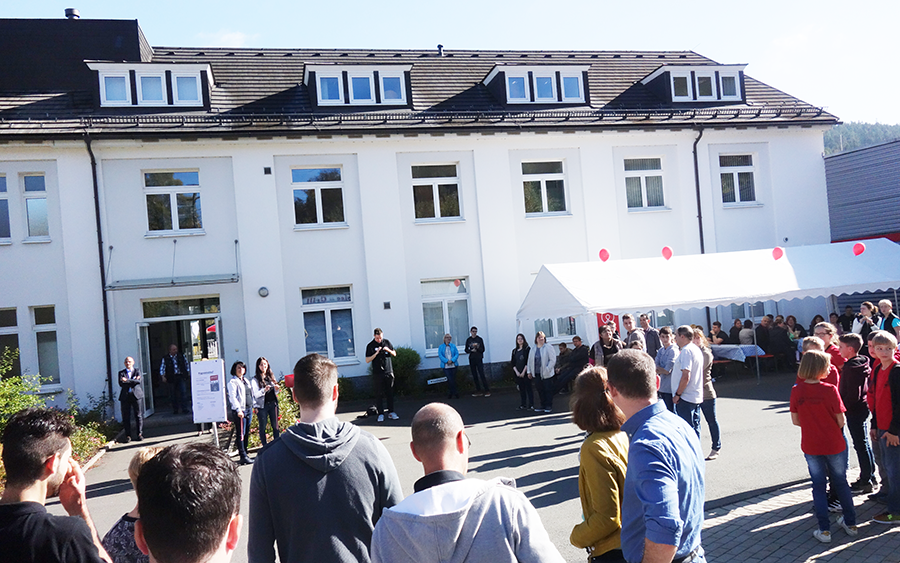 What would I like to do with my life? Which profession suits me? To make deciding whether to apply for a training place easier, WOM organizes a Trainee Day every year in Ludwigsstadt that provides young people and their parents with an opportunity to take a look behind the scenes of medical technology. On Saturday, October 14, numerous visitors came to the event and experienced an attractive mixture of a company tour and a colorful Oktoberfest.

The program was deliberately developed and designed by trainees for trainees, so that the attending teenagers were already able to get to know their potential future colleagues. The current trainees presented their workplaces and also actively involved the visitors in several workstations – for example, cutting memory plates or building electronic circuits. A special tour of the IT facilities impressed participants with the company’s large server rooms, and even those interested in business professions appreciated the tour. WOM offers training in a total of nine different professions.

The Upper Franconian sky showed itself from its cheerful side, and in bright sunshine, Mayor Timo Erhardt provided evidence of his powerful striking ability with the ring-the-bell carnival game. A young WOM trainee who had escaped from Syria – and who has now begun training at WOM after finishing an internship last year – won the beer stein carrying competition. WOM’s choice of music also reflected our local ties: ELLLS, a brass band consisting of children and young people from the large community of Ludwigsstadt – perhaps potential trainees in medical technology – ensured a great atmosphere.