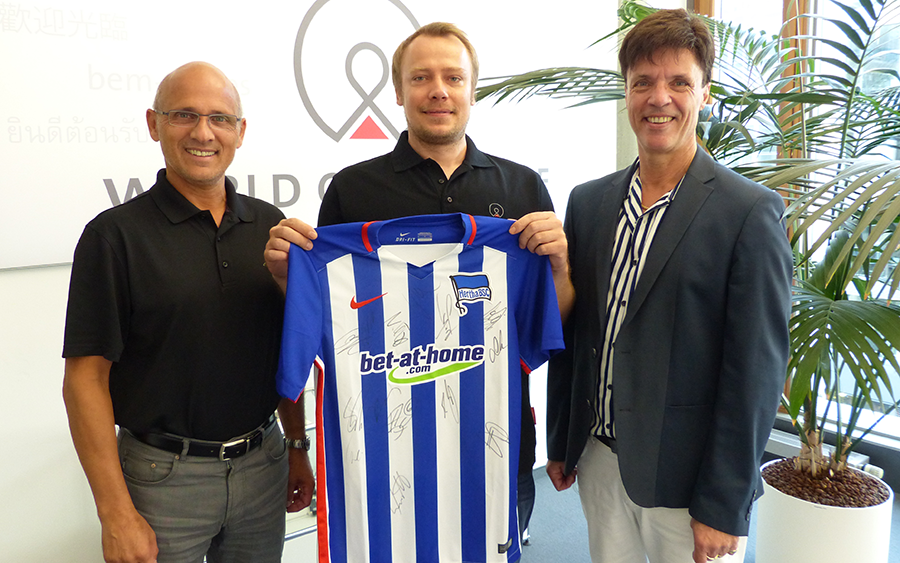 Since 2014 WOM supports the charity project BigShoe e.V. from the Allgäu region and is a sponsor of the registered association. BigShoe charity activities have become an important part of the CSR concept of the company. Hertha BSC Berlin, a long time supporter of the charity as well, presented three signed Hertha jerseys to raffle off to the employees in Germany, Hong Kong, and the U.S.

In return, a sponsorship at BigShoe was assumed for each jersey to make it possible for three children in needy countries to receive urgently needed surgeries.

The BigShoe initiative uses major football events to make it possible for sick children to receive urgent operations since 2006. Through sponsorships and generous donations, over 1,200 children have been helped to date.

The joy among the jersey winners was huge, especially since a signed football jersey of such a popular team as Hertha BSC is a rarity.

Our big thanks to Hertha BSC Berlin, which has made this event possible to benefit BigShoe!