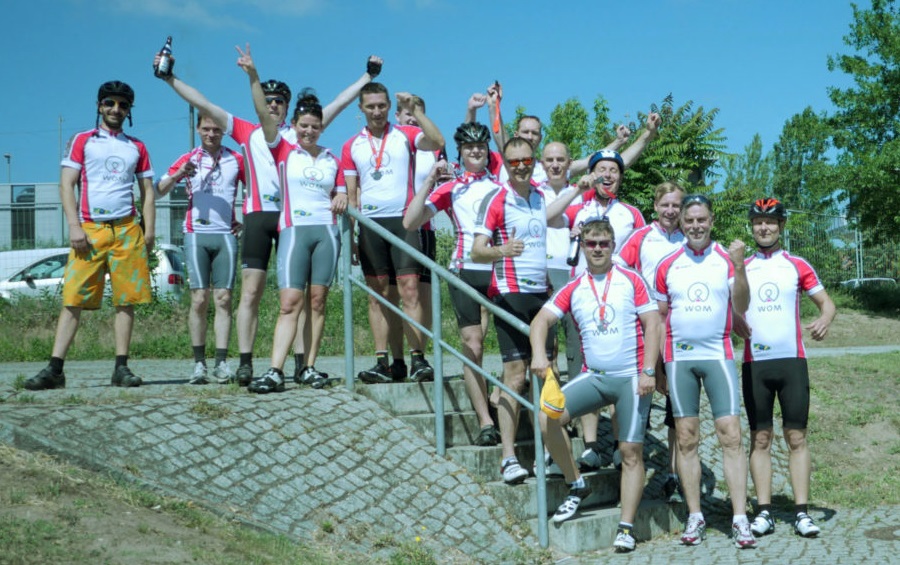 It’s either the Berlin Marathon or the Velothon that causes all of the traffic in Berlin to be blocked. The cyclists then dart through the city for 60, 120, or 180 km. Among them – already for the 6th time – are the Flying WOMBLS, our 2017 WOM team consisting of two women and 20 men.

June 18, bright sunshine, a colorful team from Berlin and Ludwigsstadt, and a great atmosphere: As always, the Velothon 2017 was one of the great highlights at WOM. The plans for the race were different for each individual. For example, 40 years separated the youngest and the oldest WOM cyclists, meaning the intensity of the bike training was naturally different as well. While some stepped up to the starting line with the phrase “Taking part is everything” in their hearts and enjoying the extraordinary team spirit, others kept their focus on the name “Flying WOMBLS”. Employee Lukasz crossed the finish line with an average speed of more than 41 km/h. After two years of bad luck with crashes and technical problems, his 26th place in his starting class (98th overall) was well deserved.

The two female participants of the WOM team showed what women’s power looked like: Angelina and Heike were 11th and 54th in their respective starting class and 54th and 155th overall. As company teams, the Flying WOMBLS took 8th and 21st place – respect!