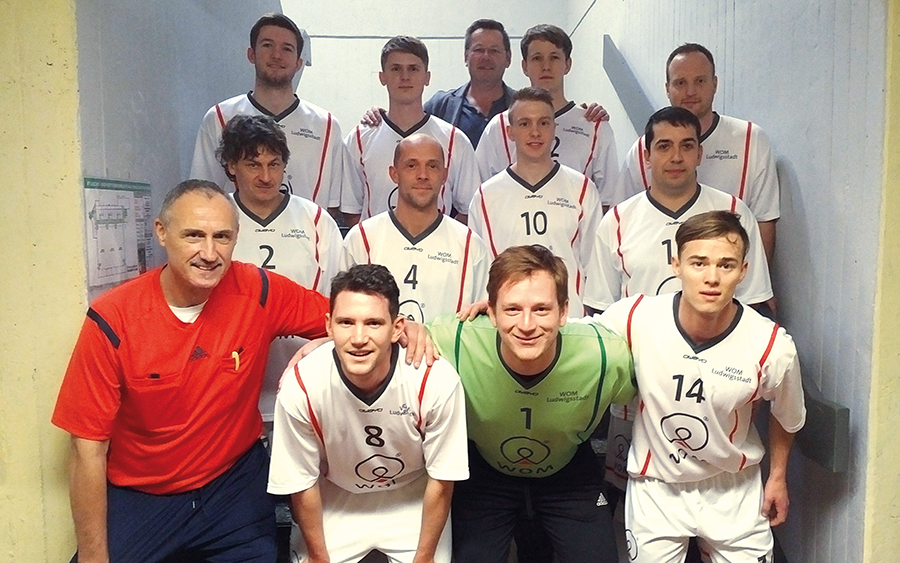 On January 12, 2019, the annual company tournament took place in the multipurpose hall in Kronach. This year 20 teams took part. The WOM team consisted of 13 motivated and victory-hungry footballers.

It was also this year in a strong group to assert. Our team had to compete in the group stage against the teams of Scholz, Stadtwerke / Landratsamt, Auto Müller and Valeo.

Thus, our players with two wins, one draw and one defeat were eliminated just before the final round of the tournament. As the best group member, our team reached the 9th position in the overall standings, which is a good success for 20 incoming teams!

The finals were played by the teams of Wiegand Glas and Scholz, against which our team suffered its only defeat. The tournament, which we thought was successful, served primarily as a good purpose and so, after the final, the main prizes of the raffle were drawn.

The WOM football team proved that they are a great team at work and on the football field. The most important thing is that all footballers have arrived home with a good feeling and without being injured.