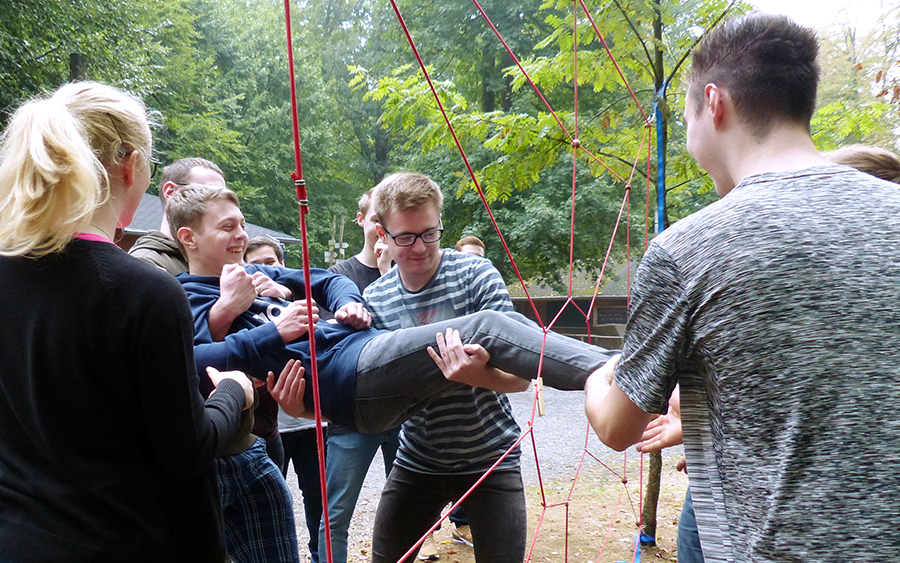 Jonas and Philip looked up spellbound: In the morning, they did not know each other yet, now they had already come together as a climbing duo. The new IT apprentice from Ludwigsstadt met new media designer apprentice from Berlin. Together with the two other new apprentices, the trainees of the later years, as well as the trainers, the two spent the day at the Waldkletterpark Kloster Banz. WOM thus continued its tradition of bringing together new and existing apprentices and welcoming them as new members of the “WOM family” right after the start of training at the beginning of September. 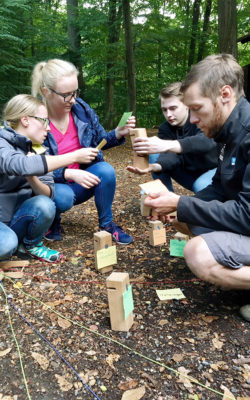 For two hours, all participants had time to complete five climbing routes, some at dizzying heights. In addition, several team games were on the program. All new apprentices got along very well and worked together. All games were designed to achieve something together and at the same time to train their own coordination skills. For example, the participants had to build a tower from wooden blocks using a special lifting device. Each wooden block had been assigned one of the values ​​important to WOM before the start of the game. Thus, for example, respect formed the foundation of the tower and adaptability the final peak.

The successful day was rounded off with a shared lunch. According to a general statement, the apprentices and their trainers are looking forward to the trainee meeting next year!